July 01, 2017
If you don't know by now, I'm from a little town called Seattle. You may have heard of the place - it's nice. But coming from Seattle, where 11 ½ months of the year has the city covered in a cool, thick layer of clouds, and the sunshine we receive is in liquid form (rain), I've never had to become accustomed to heat of any kind. Sure, the 2 weeks of summer we get are heavenly and worth the wait, but when the temperature reaches a whopping 60 degrees, everyone starts running around in shorts and flip-flops and turning their skin that has been covered for the past 11 ½ months a blistering shade of red. And a Seattle heat wave? That's about 75 degrees. It's also when everyone who was begging for summer for the last 11 ½ months starts complaining about the heat and wishing they would have sprung for an air conditioner.

Before we came to Mexico, we had heard from other friends and sailors who had spent the summer in the Sea of Cortez, riding out hurricane season, who warned us that it was going to be hot. We heard people use some creative descriptions for hot, some of which I probably shouldn't repeat in mixed company, but creative to say the least. “It's hot as hell-fire and damnation!”, “It's so hot you'll melt your brain!”, and my personal favorite now that we are here and experiencing this place and can fully understand and appreciate the gravity of it's meaning, “It's balls hot!” (this last phrase was told to us by a girl, who by the laws of physics, math, and science, does not personally have a set of jewels, but she still somehow manages to grasp the full and heavy weight of it's meaning).

We are currently anchored in a little bay called Playa el Burro, which is in the larger bay of Bahia Concepcion on Mexico's Baja Peninsula. In our research, and from listening to some other sailors, it's been reported that Bahia Concepcion is one of the most beautiful areas to cruise, and unfortunately, it's also one of the hottest areas on the Baja during the summer months.

Since we've been in Mexico for close to 9 months now, my assumption was that we've gotten accustomed to the heat. We've been in places in southern Mexico with temps in the 90's and humidity hovering around 90%, where sweat dripped from everywhere, and I do mean everywhere, and also where I'm sure the aforementioned phrase originated. We've been in other places here on the Baja, where 100 plus is the norm. But, the places we've been so far all had one thing in common - the water. It was always cool and refreshing. We could jump off of the side of the boat and bask in the water's glory, cooling our core and forgetting that our brains were melting just a few moments earlier.

Knowing that Bahia Concepcion is one of the hottest areas in the Sea, and with the cool water in mind, I figured this place would be no match for us. We could jump in the water at any point and come out refreshed.

Here in Playa el Burro, the water under out boat is a whopping 91 degrees. You read that right – 91 degrees. That's surprisingly not the bad news. Even though 91 degrees feels like jumping into bathwater, it's a lot cooler than the air temperature here, which makes jumping in the water feel almost refreshing – almost.

Just so you fully understand what I'm about to tell you, I'm going to spell this out for you, just to let the number sink in. The air temperature today was a whopping one hundred and seventeen degrees. 117!!! Holy crap that's hot! That's officially balls hot! But the good news is that last night the boat cooled down to just over 100. Oh wait, that's not good news either.

As I was laying in a pool of sweat last night, trying my best to sleep, all of the sudden Mexico went from a place that I couldn't get enough of to a place that I hated. Rage was setting in. My brain was being cooked and there was nothing I could do about it. I thought about taking a cold shower to cool off, but sadly, since it's so hot here, our cold water isn't cold. It's bathwater warm. We have numerous fans on the boat and a little spray bottle that we keep in the fridge for a cold water spritzing. The trick is to strip down, spritz, and then sit next to a fan, but even that wasn't keeping up with the heat. The spritz and fan trick was only about 3 seconds of relief.

Brenda and I have always talked about the possibility that Mexico's summer heat would be unbearable - mostly for me. She doesn't really have a problem with the heat. What we have discussed is that if it is too hot and miserable, we could store the boat and go somewhere cooler, just until summer was over, and then return to the boat and continue cruising. Last night, as I sat and stewed in my sweat, I dreamed of all of the places we could go that were cold. South America was sounding pretty nice. It's winter down there after all. But, since we are in a place with no internet or cell service, I couldn't research the places we could go. No looking up plane tickets, hotels, or things to see – just stewing. It was one of the few times where we've been off the grid that I wished my phone worked. Even if I did nothing more than look at a distant place with snow on the ground, I really wanted my phone to work.

I guess I should be perfectly clear and say that there is still hope for me. We are currently in the hottest area of the Sea of Cortez. In another couple of days, we'll be in areas that are much more tolerable – with temperatures hovering around 100, but with ocean water that is much cooler and more refreshing which all of the sudden makes Mexico great again.


But until we get to those more tolerable places, I have just a few words of advice for you. If you happen to find us in Bahia Concepcion and want to drop by for a visit, you may want to call before you come. Odds are that I'm going to be buck naked with a spritzer bottle in hand and sitting by a fan. I'm pretty sure that's something you're not going to want to see.


And of course, here's another one of our highly educational videos.
If the link below doesn't work on your device, copy and paste this:
https://youtu.be/P-vQiavOE3c

Popular posts from this blog 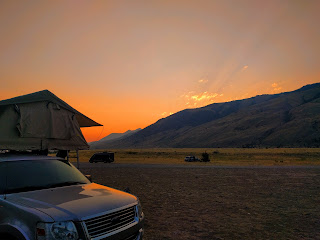 For years before we left, I had always told people that we were going to sail around the world. Now that we've been out for a few years, I still tell people the same thing. It's a concept that makes sense to the average Joe – a circle around the globe. A start and an end. One complete lap. When a random stranger we meet on the road asks what we are doing, I still answer with, “we are sailing around the world.” But that explanation is and has always been just a quick way to put into words a concept that still doesn't make sense to most people. Because in reality, we aren't going to sail around the world. One big lap of the globe doesn't really have any appeal to us. Although we aren't realistically going to make a big giant loop – with a beginning and an end – we are doing our best to see the world, and we'll be doing it for as long as it takes. So, I think the proper way to explain what we are doing, is to just say that we are out here to see the
Read more 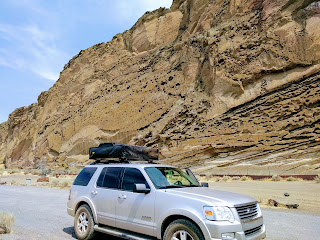 If you've been following along with our adventure for a while now, you probably remember that this adventure of ours hasn't been all about sailing and tacos. A large part of the past three years has had us hiking tall peaks, ski bumming, and visiting as many National Parks and natural wonders as we could muster. Yes, all of that stuff was intermixed with time on the high seas, but basically, this adventure has been about us enjoying ourselves in whichever way, and wherever we have seen fit. I know a lot of you don't understand why we would leave our boat behind in Mexico and take on some other form of adventure when we have a perfectly good pirate ship just waiting for us sail the seven seas. Sure, it's hot in Mexico during the summer – everybody gets that. But why on earth would we do something else? Why not just stick it out, toughen up, and grin and bare it? The simple answer is because we don't have to. If Mexico's summer heat was making us cr
Read more